Our 14 acre site of Battery Gardens

Battery Gardens is one of Brixham's environmental and historic assets, rich in panoramic views, scenic beauty and a traditional observation point for Brixham trawler races, both past and present.

It is known that as far back as 1586 a gun platform was established in battery grounds against the threat of attack from Spain. This was maintained until 1664.

The battery was next activated on Nov. 5th.1688 when William IIIs army landed and camped on Furzeham Common. Guns were positioned to protect the fleet, the town and to cover the road from Paignton.

During the period 1776 - 1890 the battery was known variously as Furzdon, Furzeham, Furzham, Furzedown and Fishcombe point. During the end of the eighteenth century Brixham was the revictuling station for the western approach of the Royal Navy, and as such was a very necessary port for the Navy, especially during the American War of Independence.

When France joined America in 1778 and Spain in 1779, the Board of Ordnance decided that, along with other naval stations along the south coast of England, Brixham was to be protected by gun emplacements.

Battery gardens was to be the most westerly battery covering the harbour. The militia were to prepare the positions, and the guns, 24 Pounders, arrived in May 1780 at the same time as the Berry Head guns (the site of a Napoleonic fort a little along from battery gardens). The land being commandeered, compensation being paid in 1783 at the end of hostilities. 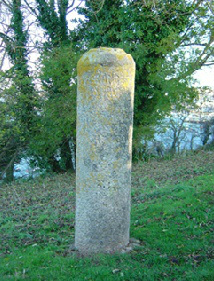 The photograph to the right is of the altitude marker as it looks today. Upon closer inspection one can see there are inscriptions upon the pillar (best made out where the sunlight is hitting the top of the marker).

For a number of years the inscriptions on the pillar remained a mystery. Thanks to the aid of English Heritage and a can of shaving foam we were able to read what they said:

Line 1. This information would be needed to calibrate the range finder.

Lines 2 and 3. The information is incomplete and so the relevance is lost. However they probably referred to bearings so that the means of obtaining the bearing to a target, possibly a bearing ring on top of the pillar, could be calibrated.

Lines 4, 5 & 6 would be needed to calculate the elevation the gun would be required to be set at to achieve the range to the target. 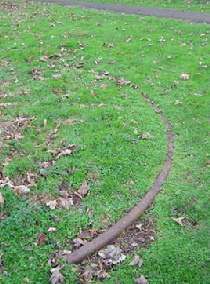 In 1889 the observer would have controlled the gun from along side the pillar. The permanent information on the pillar would save each practising unit from having to work it out themselves, and would enable firing results to be compared on a standard basis.

During WW2 the principle of obtaining gun data, bearing and range, would have been the same, a range finder and a method of reading the bearing.

All that can be seen today was built from June - September 1940 immediately following the defeat and evacuation of the British Expeditionary Force from Dunkirk after the fall of France.

Of the 116 Emergency Batteries built in 1940 from John O'Groats to Kent, to Lands End, and to the Clyde only 7 remain. Of these Brixham battery is the most complete. English Heritage surveyed the whole site and it is now a scheduled monument.

"Battery" is a military term used to describe a number of artillery weapons and the soldiers who operate them. The WW2 coast and defence batteries had two main guns, anti-aircraft weapons and, in the case of Brixham, extra harbour defence guns. 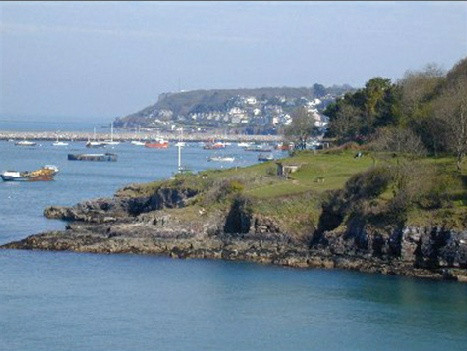 The role of Brixham’s emergency coastal battery was to defend against the expected invasion by enemy forces in occupied France. Brixham’s Battery was in operation with a similar battery at Corbyn Head, Torquay, defending possible landing beaches like Torre Abbey, Livermead, Hollicombe, Preston, Paignton, Goodrington, Broadsands and Elbury Cove. Corbyn Head Battery covered most the bay while Brixham could cover right out in to part of Lyme Bay.

In 1940, during WW2, a total of about one hundred officers and soldiers manned the Battery. The site was manned initially by the Royal Artillery 362 Battery 18 CA GP Regiment, becoming 362 Battery 556 Regiment in 1941 and 378 Battery 556 Regiment in 1942. The Royal Artillery was strongly supported by local men transferred from 'D' Company (10th Torbay) Battalion Devonshire Home Guard. Trained in all the functions of the Battery and being able to man it on their own if the occasion arose, the crews became very efficient and were often commended by the Brigadier Royal Artillery Southern Command and Commander of Coast Artillery South West District. 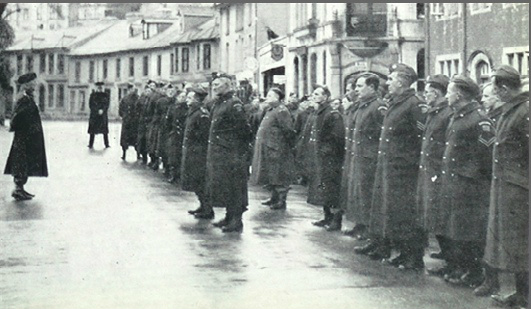